Detroit Sound Conservancy preserves Detroit’s story through the experience of its musical people. Now let us tell you why that matters and our story so far. 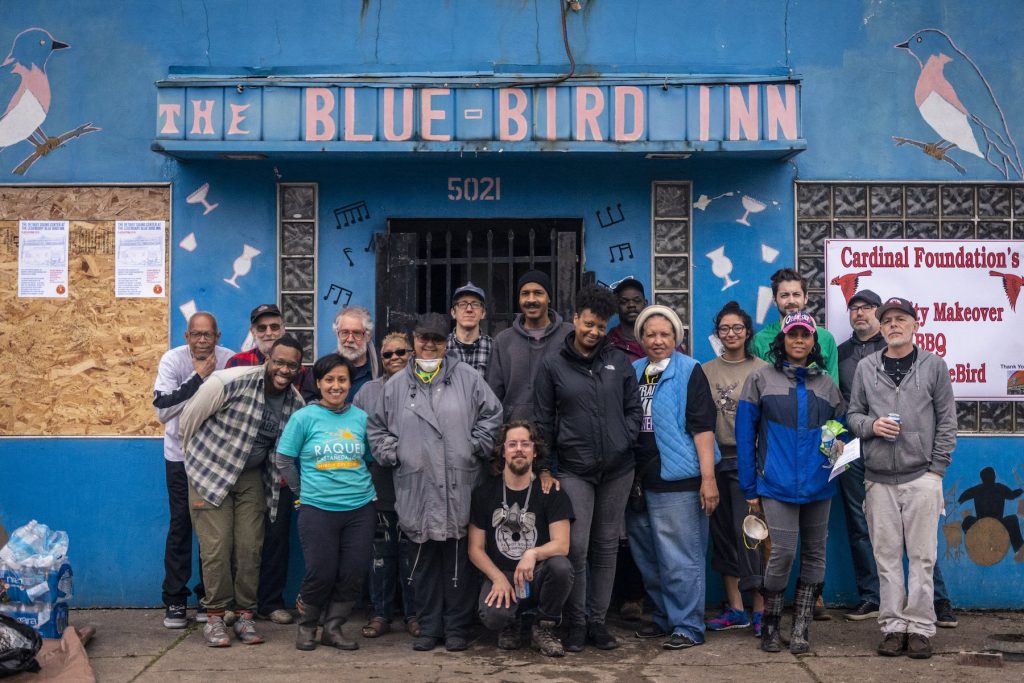 “In Detroit, I think we kind of just move on to the next thing,” he explained. “Our music has a lasting impact all over the world, but here, it’s always what’s next, and how to improve.” Detroit Sound Conservancy’s purpose, he said, is to make the legacy accessible “not just to music nerds, but everybody. It’s such a beautiful thing to do for everybody. If we don’t protect our own, who knows who will tell our story?”

Detroit Sound Conservancy (DSC) tells Detroit’s story through the experience of music. Our focus is not on any genre of music or, as our Board President has said, “just for the music nerds.” Instead, we focus on music as the quintessential Detroit story.

Detroit music has shaped us all. We are committed to telling the emotional story of a musical people.

Initially, we came together because a group of us were alarmed by the collective loss of creative voices, musical recordings, and cultural spaces in Detroit. Eventually, we established our vision to create programs and provide leadership in the preservation of musical heritage in a spirit of solidarity and celebration.

We began by engaging scholars. What do they want people to know? Then we went to the community and through years of resident engagement squared that academic agenda with conditions on the streets, like Tireman where the Blue Bird Inn stands. What does the public know and what do they want to know? We have found that many people around the world, including some of our own neighbors in Detroit, do not really understand the full scope of our musical history.

So over time we have become committed to educating the public on the grand sweep of Detroit music.

How did music-making take shape on this strait called the Detroit River between Lake St. Clair and Lake Erie? Detroiters are a musical people. How did that happen? And what can we learn from this history that may help us sustain this cultural flowering for another three hundred years?

Of particular importance is the realization that like any human story, Detroit’s cultural history has not been linear or inevitably progressive. Detroiters have struggled for the progress they have made and the gifts they have given the world.

Now, after eight years of work, we are ready to plan our museum. What does it need to sound and look like? What does a 21st century museum need to be?

We are excited about next steps on Detroit’s West Side at the Legendary Blue Bird Inn.

How We Got Here

In 2012, we organized our initial board, threw an initial fundraising party, and conducted a music tour for Allied Media Conference, giving an international audience of activists a deep dive tour grounded in authentic, historically rigorous Detroit stories. The Detroit Public Library Friends Foundation acted as our first fiduciary.

In 2013, we executed a successful Kickstarter fundraising campaign to start an oral history archive for Detroit music online and in the city based on pre-existing recordings from Detroit’s music journalists. This archive has rapidly become a clearing house and resource for scholars, journalists, and Detroit music lovers alike.

In 2014, we began acting as an independent 501(c)(3) and executed our first conference, bringing together academic experts, journalists, musicians, and Detroiters from all walks of life in a rewarding dialogue about the state of Detroit music history research.

In 2016, we outgrew our space at United, pushing us to engage patrons via Patreon for a climate-controlled rental space. We also celebrated John Lee Hooker’s 99th birthday, convened our third sound conference, and rebuilt the Blue Bird Inn Stage.

In 2017, we installed the Blue Bird Inn Stage as an exhibit in France for Saint-Etienne’s Unesco-inspired Design Biennale and celebrated the legacy of the Chess Mate Cafe, started the Detroit Sound Hall of Fame, and convened DETROITSOUND4.

In 2018, we started a seasonal event called Archive Fever to highlight are work, proposed a Detroit Sound Summit: Year One Initiative with the City of Detroit to create an economic impact survey of Detroit music, and was awarded a KIP:D Planning Grant by The Kresge Foundation.

In 2019, we finalized the purchase of The Blue Bird Inn and secured the building, curated an exhibit at Detroit Historical Museum which shared our mission and collection, installed the Blue Bird Inn Stage at the Stamps Gallery in Ann Arbor and convened our first Neighborhood Preservation Resource Day as our Conference.

In 2020, we are continuing our community engagement and look towards the future on Tireman as we fundraise and implement the restoration of The Blue Bird Inn.

After successful funding from D The Andrew W. Mellon Foundation for Community-Based Archives, we are working diligently to  complete physical processing and inventorying, as well as digitization, processing, inventorying and description, of our audio-visual collections.

We continue to work in the Tireman neighborhood as we fundraise to rehabilitation and restoration of our future home at The Blue Bird Inn.