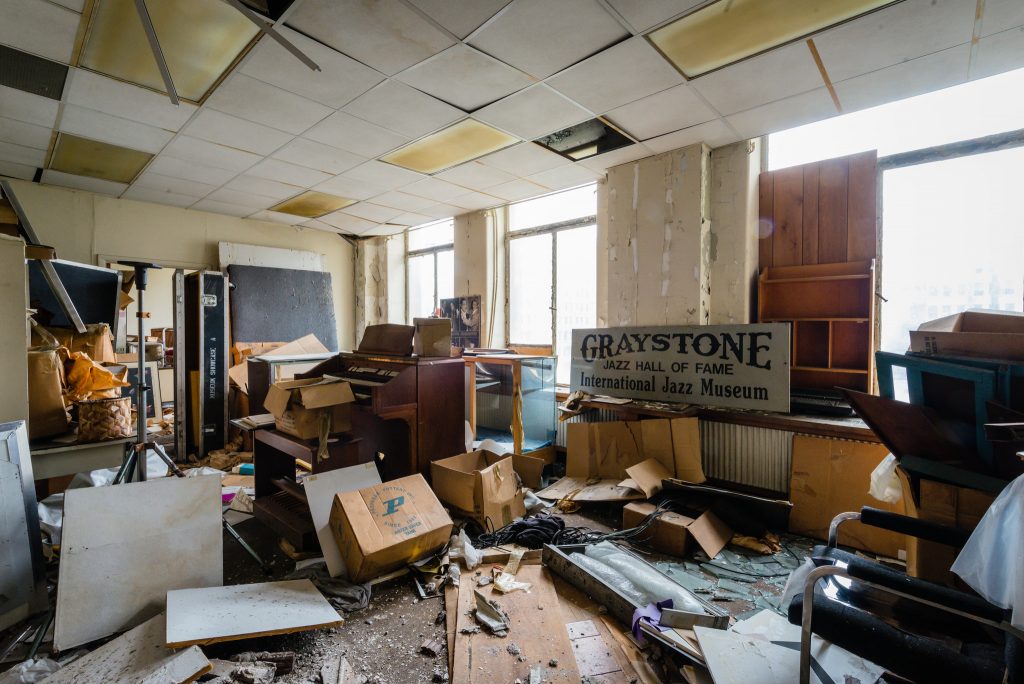 Salvaging a Community-Based Black Music Archive for a New Century

For more information about this collection check out our finding aid for the collection here.

The Graystone International Jazz Museum & Hall of Fame was founded in 1974 but closed in the aughts as the original board members passed away and funds ran out. Some of the artifacts –photographs, posters, records, musical instruments, paperwork, historical research, and physical materials from the Graystone Ballroom itself (torn down in 1980) — were left in a local warehouse by the last board president. The rest of the artifacts were left in the Book Tower, the last location of the museum. In 2014 we were gifted those remaining artifacts from the Graystone Museum and in the summer of 2015 we salvaged them from the warehouse and tower with the support of volunteers and the Detroit Historical Society.

To get involved please contact DSC via email at info@detroitsound.org or call direct at 313-444-8242.

We created a finding aid for the collection. Learn more here.

A number of pieces from the Graystone Museum were exhibited in the Salvaging Sound exhibit at the Detroit Historical Museum. Learn more here.

In 2018, we restored and curated Jordan’s Jukebox from the Graystone Collection.

Beginning in 2017, we began activating pieces of the collection. For instance we used the Graystone Ballroom windows in our Detroit Sound Hall of Fame programming.

In 2015-2016, we completed a survey and began an inventory of the collection with the help of interns from Wayne State University.

In 2013, DSC digitized a number of videos and artifacts from the Graystone Museum held then in private hands.

In 2015, with a space provided by the Detroit Historical Society (DHS), DSC began accession of the collection.

Spring 2015, we produced an exhibit at the Detroit Public Library to coincide with DSC’s Michigan Sound Conference. 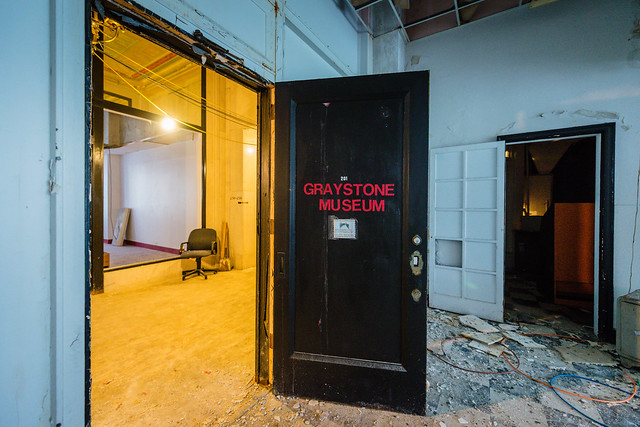 Summer 2015, a team of volunteers salvaged GIJM materials from the Book Building in downtown Detroit.

Fall 2015, a selection from the Graystone Collection was moved to a temporary exhibit at the Detroit Institute of Music Education (DIME) in downtown Detroit.