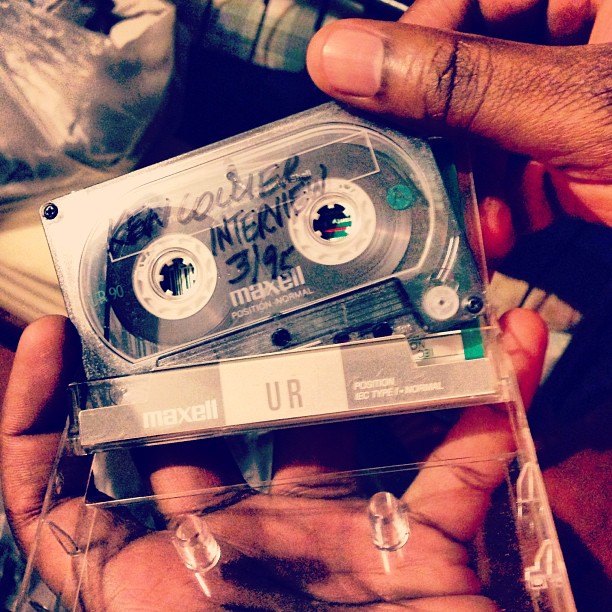 In the summer of 2013, Detroit Sound Conservancy conducted a successful Kickstarter project to start a Detroit music oral history project online. You can see and hear the project here. Below is the pitch as we conceived it in 2013.

The DSC Kickstarter Video from Detroit Sound Conservancy on Vimeo.

There is no public oral history archive dedicated to Detroit music. We are building one. We are going to start with the “first responders” to the Detroit sound: Detroit music journalists. Detroit music journalists have been key archivists of Detroit sounds that have changed the world, from Motown to techno, blues to jazz, to so much more. They have documented the bands. They have interviewed the musicians. They tell the stories so the music lives. This project is for them. This is the Detroit Sound Conservancy’s first project.

The DSC Kickstarter Video – How We’ll Use the Money from Detroit Sound Conservancy on Vimeo.

Funds will be used to transcribe, digitize, and conserve oral history interviews that already exist in the private hands of Detroit music journalists. The overall budget for this project will be $5,000. This amount will provide for website design and hosting, as well as conservation of the tapes that will then be donated, en masse, to the Detroit Sound Conservancy in order to establish the vault.

These tapes reinforce the richness of the sonic history you know. These tapes also tell you musical stories you’ve never heard. The project website will also serve as a one-stop training center for conducting future oral histories about our aural culture. This project is a start to a process not an end in itself.

The lack of a public historical resource dedicated to Detroit music makes it difficult to advocate for needed cultural preservation of stories (from the likes of blues musician Bobo Jenkins to disco / techno godfather Ken Collier), artifacts (like the cassette tapes and clippings of Detroit music journalists), landmarks (like the United Sound Systems recording studio which is currently threatened by a highway service drive project) throughout our mighty musical city.

We will be using the Pop Up Archive to help archive audio, create transcriptions, and produce meta-data to increase accessibility to the tapes.