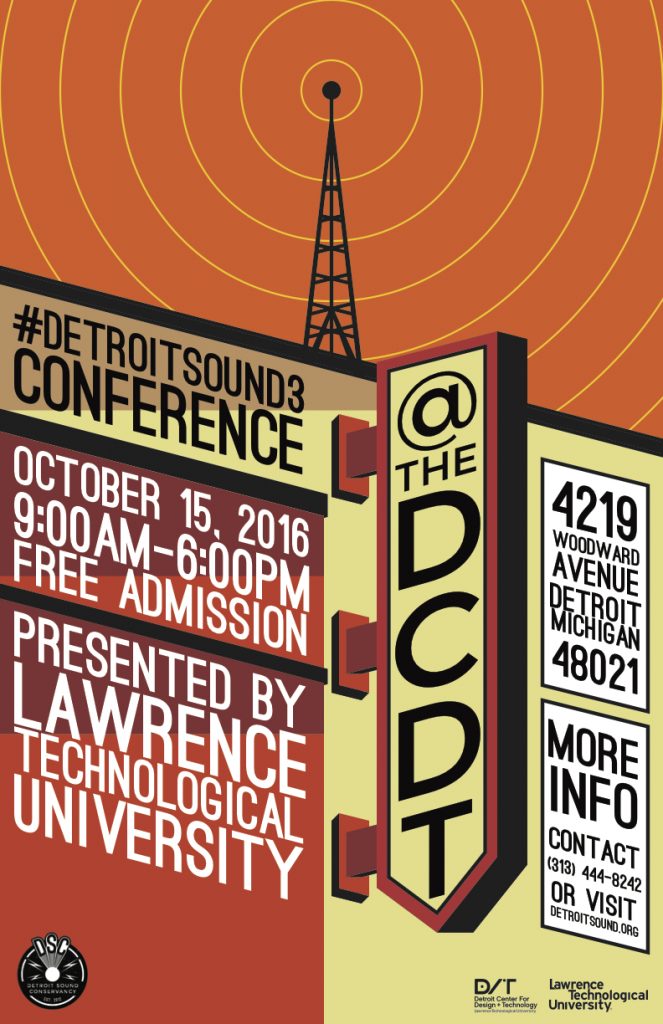 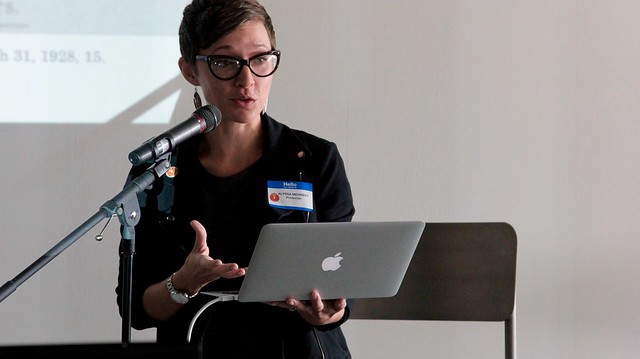 Free parking in lot on site.

Detroit, MI: The Detroit Sound Conservancy (DSC), a non-profit organization dedicated to preserving and promoting the region’s sonic heritage, will host its 3rd Annual Conference on Saturday, October 15, 2016 in Detroit from 9 am to 6 pm. The all day event will be free and open to the public. A Fundraising Concert will follow in the evening and a Remembrance Ceremony on Sunday.

This year’s conference will be presented by Lawrence Technological University and the Detroit Center for Design and Technology (DCDT) (4219 Woodward). “The DCDT prides itself on aligning with local initiatives, programs and organizations who look to foster and expand the role that art and design play among the local community, growing industry and educational pedagogy,” says Karl Daubmann, DCDT Interim Executive Director. “With the DSC’s history of working towards increased awareness of Detroit’s musical heritage, along with their efforts in advocacy, preservation and education in the local community, the DCDT is proud to support our neighborhood partner in their endeavors to reinvigorate Detroit’s ever present musical culture.”

This year’s conference will coincide with what would have been the 100th birthday of James T. Jenkins (1916-1994) the founder of the Graystone International Jazz Museum and Hall of Fame. Beginning in 1974, Jenkins and the Graystone Museum built an astonishing array of Detroit jazz artifacts, programmed numerous concerts, and educated both young and old on the importance of music for Detroit’s future.

As the inheritor of the Graystone Museum’s artifacts and legacy, the DSC has planned a conference filled with interdisciplinary conversations between scholars, artists, archivists, activists, journalists, urban planners, and business leaders interested in discussing the ways in which Detroit’s musical heritage can be protected, presented, and activated. This year will also feature a pop-up Detroit music museum and the first annual James T. Jenkins Memorial Lecture which will be given by soul singer and activist Melvin “Detroit Soul Ambassador” Davis.

A fundraising concert entitled DSC Sessions, presented by Audio Rescue Team and sponsored by Party Store Productions will follow the conference at St. Matthew’s & St. Joseph’s Church (8850 Woodward Avenue). A remembrance ceremony for Mr. Jenkins will be held on Sunday, October 16th at Woodlawn Cemetery (19975 Woodward). Video capture and production for all events sponsored by hawkhaus.

Times and speakers subject to change.

Alyssa Mehnert, A Constant Stream of Requests: McKinney’s Cotton Pickers on the Radio 1927–1931
Veronica Johnson, What About Us? Community Archiving and Documenting the Legacy of Detroit Female Jazz Musicians
Marsha Music, On Land of the Blues
Leo Early, Tuning the Grande Ballroom

Popup by NOODL / Sponsored by The Detroit I Love

Howard Hertz, Reclaiming Our Title as a World-Class Music Capital