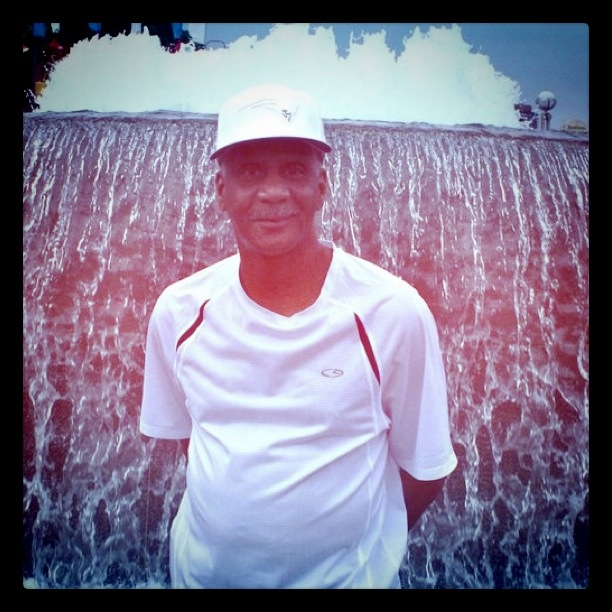 Detroit’s Morris Mitchell remembers a time before mixing records together was the norm. A drummer in local black cover bands like the Black Clergy and Stone as the 1970s began — he saw Led Zeppelin at Olympia Stadium Detroit during the era — Mitchell eventually became a player during the ensuing disco boom. Coming up in the “close-n-play” era, Mitchell hailed from a generation of predominantly gay DJs who pioneered turntable blending and mixing in places like New York City, Chicago, and Detroit. Although until now he has been historically overshadowed by his “True Disco” peer Ken Collier—a DJ who went on to influence the creators of Detroit techno and house spanning Juan Atkins to Terrence Parker before he died in 1996 — Mitchell remains central to understanding Detroit’s real post-Motown story.

Having left DJing and party promotion behind in 1998, Mitchell now makes a living by working at a senior center. In 2011, I interviewed Mitchell about his life in music, and our conversation found him reflecting back on his early years as a DJ—from his memories of the formation of “True Disco Productions” with Ken Collier and Renaldo White (both now passed) to the night that Greg Collier, still living yet retired from DJing, turned out the crowd at a converted coffee house-turned-afterhours-disco called The Chessmate in 1978.

GHOLZ: How did you get your first DJ gig?

MITCHELL: I went to a friend of mine having a birthday party and was like, “Can I play the records for your party?” Yeah that’s how I started off. At a house party….

GHOLZ: So that would have been you and a turntable? Or you playing…

GHOLZ: So what would happen when the record ended?

MITCHELL: I took it off and put the next record on it. [laughter.] And that’s how you did it: they called it “close and play.” The record that’s playing, you close it all the way out, then take that record off, put another on the turntable, and play the next song. Close and play.

GHOLZ: Did you turn the volume down to fade it out, or did you just let it go out?

MITCHELL: I let it fade out. Then I turned the volume down, so when the next record started playing, I’d just fade it in.

GHOLZ: Were you trying to make it feel like it was a continuous mix?

MITCHELL: No. You couldn’t do a continuous mix if you played on one turntable – can’t be! But you tried to keep a flow going. If you play a fast record, then you won’t want to play something super fast next, you know: there’s a certain flow that you had to have for the close-n-play.

GHOLZ: Right. [laughs] That phrase is amazing, close-n-play… Would there be kids, teen kids, dancing in the basement?

GHOLZ: And you just brought your own 45s over, I assume.

GHOLZ: Did you have a little box?

GHOLZ: Do you remember a track you would have played that day? I know this is a long time ago now.

GHOLZ: This is your 40th anniversary as a DJ, sir.

GHOLZ: Were you a DJ yourself, or were you more the promoter?

MITCHELL: I was a promoter, because when disco came out, I got together with Ken Collier and Renaldo White and we formed this group called True Disco Productions. All of us were spinning in different clubs. Then on the weekends, I formed this after-hours dance club called The Chessmate. For the three of us, that was our main spot, the Chessmate.

GHOLZ: Tell me about that moment.

MITCHELL: Well, what happened was back in high school I was a drummer. I was always into music. I was going back and forth to Chicago: Chicago had DJs, but Detroit really didn’t have a DJ culture—you know, we were still doing jukeboxes. I kind of got the DJ idea from Chicago and brought it to Detroit, so that’s how the first DJs in Detroit started playing in the clubs. We started out with one turntable. [laughs] And then everything progressed with the mixes, double-turntables, beat-on-beat, and then we got into a record club out of Philadelphia. So that’s how we were bringing our music into Detroit….

GHOLZ: How come you were the promoter? What made you be that guy, as opposed to some other part of the process?

MITCHELL: I was musically inclined, and I always liked talent. I would go to different clubs, and if I heard a DJ, I’d be like, “Come here.” I would pull them aside and say, “Okay, I want you to come to my club.” I liked to promote talent.

MITCHELL: I’ve never been scared of anybody that was better than me; I think that made me popular. When I did cabarets, if I had somebody spin with me that they weren’t familiar with, and then they were really good, the crowd would really appreciate it. You follow what I’m saying? Because it was somebody new they had never seen get behind those turntables, they wore it out. They wore the crowd out. I was known to bring talent in. I remember when Greg Collier, Ken Collier’s brother and another great guy, came in from Chicago: he went to the Chessmate and played “Boogie Oogie Oogie” [the disco classic by A Taste of Honey]. He just turned out the crowd, you know? [laughs] Do you know what I mean?